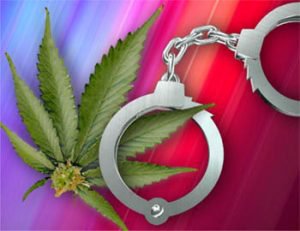 Defense of Driving of Under the Influence of Marijuana or Cannabis Cases – Five Nanograms Per milliliter of Active THC limit has not been scientifically validated.

Currently, Colorado and Washington are the only states to permit the recreational purchase and possession of marijuana in the country. As a result of Colorado’s legalization of marijuana, steps have been taken to strictly enforce offenses for Driving Under the Influence of Marijuana.

If such analysis discloses five nanogram per milliliter or more of THC per 100 milliliters of whole blood, the prosecution of such motorist is assisted by this law that instructs a jury deciding such a case that they may infer that such motorist was under the influence or impaired by marijuana or cannabis.

Effects from smoking marijuana or cannabis are felt within minutes and reach their peak in about 10 to 30 minutes. Most marijuana smokers experience a high that lasts approximately two (2) hours. Most behavioral and physiological effects return to normal within 3 to 5 hours after last use. Psychomotor impairment can persist after the perceived high has dissipated. For the chronic user, even after long periods of abstinence, attention and information processing has been shown to be negatively affected. http://www.nhtsa.gov/people/injury/research/job185drugs/cannabis.htm

Five nanograms of active THC in whole blood is a very low standard. Driver’s facing charges of Driving Under the Influence of marijuana or cannabis can reach such levels after ingesting very small quantities of marijuana and even when such drivers no longer feel the effects of marijuana. Although Colorado has established this five nanogram per milliliter limit, such limit’s validity as an indicator of impaired driving has not been validated scientifically. In its November 2014 publication “Traffic Safety Facts,” the National Highway Traffic Safety Administration reported “Every state has enacted a law defining drivers who are at or above .08 grams per deciliter BAC as “legally impaired,’ but there are no similar, commonly accepted impairment levels for other drugs.” “The alcohol laws are based on evidence concerning the decreased ability of drivers across the population to function safely at these BACs,” the report notes. “Such evidence is not currently available for the concentration of other drugs.”

If you are charged with Driving Under the Influence of Marijuana or Cannabis, it is imperative that your counsel is well versed on the current research demonstrating the invalidity of Colorado’s active THC limit. Prosecutors across the state are increasingly endorsing expert witnesses in forensic toxicology to secure convictions in cases where the only evidence of impaired driving is a test at or above this five nanogram per milliliter limit. I stay versed on the law and research in this cutting edge area of criminal defense to give our clients the best possible representation to win these cases. If you find yourself in need of an experienced, well versed and aggressive DUI lawyer, give me a call today for a free initial consultation.