THE IMPACT OF DOMESTIC VIOLENCE CONVICTIONS

Domestic Violence is not itself a criminal charge but is a label attached to any number of offenses committed against someone with whom the individual has had an intimate relationship. The penalties for domestic violence-related convictions can often be severe. However, even for the first time offender the most significant consequences often occur as a result of the criminal record associated with the arrest. For example, even a very minor offense can lead to the loss of child custody, denial of employment, loss of one’s right to buy and possess a firearm, denial of credit, denial of housing, ineligibility for military service, denial of professional licensing, denial of citizenship, refusal of admission into the United States and potential deportation from the United States. 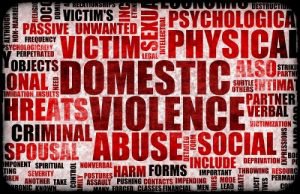 In many instances, such dire consequences and catastrophic convictions can be avoided through an aggressive legal defense. If you or someone you know is charged with an offense involving domestic violence, it is essential that action is taken immediately and before pleading guilty and before accepting any potential plea bargain no matter how attractive such a deal may seem. On very many occasions, an individual will be inclined to make a deal to get out of jail only to later realize when they are denied employment, housing, credit, facing deportation or other consequences that their decision to plead guilty was very foolish. In many instances, such individuals can’t undo the damage and profoundly regret the lifelong harm and adverse consequences they’ve caused to themselves and their families.