WHAT LEADS TO DUI OR DWAI CONVICTIONS FOR PEOPLE CHARGED IN CRIMINAL COURT AFTER BEING STOPPED AND TICKETED BY THE POLICE? 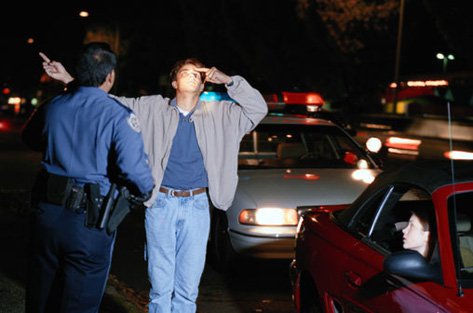 Frequently, when someone learns that I’m a criminal defense attorney with extensive experience in defense of Driving Under the Influence (DUI) cases, I’m asked many questions about all aspects of DUI cases including arrests, prosecutions, defense, and sentences. Very often, I’m asked about what type of evidence leads to people getting convicted of DUI or DWAI.

People ask me questions about stops by the police, what suspects say that harm their case, what they should not have said, the arrest, roadsides, PBT’s, blood tests, breath tests, DMV consequences and, of course, the process in criminal court and possible sentences. There are a wide variety of issues to consider in DUI and DWAI cases and each case has its own unique set of variables. This blog will address what leads to people getting convicted of DUI cases in criminal court.

One of the main things I see that leads to DUI or DWAI convictions, is that Defendants, after they have been pulled over, either through their words or physical conduct or both, turn themselves into the District Attorney’s best evidence. The DA is frequently in the advantageous position of using the Defendants words and conduct against themselves. In defending people against DUI charges, often the biggest problem we have to deal with in a case is the Defendant’s own words of physical actions.

What evidence do people commonly create to be used against themselves after they have been pulled over by the police on suspicion of DUI? It almost always starts with people making the decision to ignore their right to remain silent and talk to the police. On many, if not most cases, Defendants reportedly decide to make statements to the police officers that come back to haunt them. The right to remain silent is a right that each and every one of us has under the United States Constitution. You are allowed to exercise that right!

When a suspect decides to talk to the police about their predicament after being pulled over, those words they speak can be used against them in Court (Issues surrounding Miranda advisements in this traffic stop context will be addressed in a forthcoming blog post). Defendants should keep quiet. It’s a Constitutional right to do so. The examples of people ignoring this advice are plentiful.

First, on almost every single case we see in our office, the Police Officer reports that a suspect had “bloodshot, watery eyes, slurred speech and an odor of an alcoholic beverage”. I think it’s fair to say that the phrase appears in 99% of all DUI police reports. So when a Defendant speaks to the police, they can almost be guaranteed that the Officer’s report will say that they did so with “slurred speech” and, that while they were speaking the Officer could “smell the odor of an alcoholic beverage”. In addition, on too many occasions to count, Defendants are reported to have said, “I only had two (or three, or four) drinks tonight”. I once had a case in which a defendant was stopped while driving and the police suspected he may have been drinking. They asked him to perform roadside sobriety maneuvers, which he refused. He also refused to answer the officer’s insistent questions about whether he had consumed alcoholic beverages. He was subsequently arrested and asked to complete a chemical test of his blood. He agreed and as the EMT was preparing to draw his blood for a chemical analysis he exclaimed: “you all are going to find out that Budweiser comes in red.” From the DA’s perspective, that’s the best confession ever.

Most cases don’t have such colorful and unique confessions, but many if not most have statements by the accused which are detrimental to their cases. These statements are almost always used in Court by the DA. What could these Defendants have said instead that would not have created evidence against themselves? They could have simply said, “Respectfully, I’m electing to remain silent” or “I’m not willing to answer your questions.” Those statements cannot be used against a criminal defendant and no judge will let those statements be used against a criminal defendant charged with DUI.

As a criminal defense attorney, the second area I almost always see in which Defendants frequently give the police and prosecutors evidence to use against them is when suspects decide to voluntarily try to complete roadside sobriety maneuvers. In Colorado, roadside sobriety maneuvers are considered a search. Because they are a search, they can only be performed upon probable cause (which doesn’t make practical sense in the roadside circumstance – the officers are unlikely to MAKE a suspect attempt roadside involuntarily or upon a suspect voluntarily consenting to the search and attempting the roadside maneuvers.

That’s why in nearly every case the officer will ask “Sir, would you voluntarily agree to the performance of some roadside maneuvers so I can make sure you’re safe to drive home?” The officer may have already decided that a suspect is going to be arrested for DUI, but before doing so, he wants to gather more evidence to be used in the prosecution. If the officer gains voluntary consent from a suspect, and the suspect tries to do the roadsides, that is very likely to result in evidence to be used against the Defendant it Court.

To make matters worse, it is evidence that is based on the officer’s subjective evaluation of the Defendant’s performance on the roadsides and only in rare circumstances is there video evidence available to evaluate the officers’ subjective judging of the suspect’s performance. Suspects do not have to consent to doing the roadside maneuvers and most would be better off if they had not done so. Remember, the whole purpose of the roadsides is to gain evidence against a suspect. Suspects have a choice and do not have to consent to this search.

Someone might ask whether there are circumstances where a person suspected of DUI elects to consent to the roadside maneuvers and passes them, thereby avoiding arrest and criminal prosecution. I’m sure there are instances out there where individuals have done well on their roadsides and been allowed to drive home, but I’d wager they are very few and far between. Anecdotally, I’ve only heard of this occurring a couple of times during the last 17 years. On the other hand, I’ve seen roadside sobriety maneuvers used as evidence against a Defendant thousands of times.

What about providing the police evidence by taking the blood or breath test? Testing can become an issue twice in a person’s encounter with the police investigating a DUI or DWAI. The first time is on the scene when officers may ask a suspect to take a Preliminary Breath Test (PBT). The PBT is a little device about the size of a cell-phone. A Defendant is not required to take this test – it is voluntary. Unfortunately, suspects often don’t understand that it is voluntary and take it thinking they have no choice. The other test is the test that is required under the Express Consent Statute. This test is almost never taken at the scene of the stop. It is taken at a secondary location. If it is a breath test that is chosen, it will be conducted on a device about the size of an old typewriter. If it is a blood test that is chosen, it will be conducted either at a hospital, fire station, or some other location to which a phlebotomist can respond. It is almost always ill-advised for Defendants’ to consent to the completion of a portable breath test (PBT) of breath alcohol during the roadside maneuvers. Frequently, clients will tell me that they thought they had to take the PBT test. They don’t.

However, with the evidential breath or blood test which Colorado law says you are obligated to complete when an officer has probable cause to believe you are DUI or DWAI, refusing to take that test brings possible severe consequences through the Department of Motor Vehicles (also known as the Department of Revenue). If a suspect refuses that test and loses the DMV hearing on the matter, they will be subject to a one-year loss of license without any provision for driving during that year on their first refusal. It gets longer if it is a second or third refusal.

While taking the evidential breath or blood test is, technically speaking, another example of Defendants providing evidence against them, in this case, it is almost always better that they did take the test given the severe consequences for refusing the test. The consequences of refusing are so severe, that taking the test is almost always the better decision. However, under Colorado law, if a suspect takes a test and the result is above a .170 the law requires that driver have an interlock or blow device on their vehicle for two years after reinstatement of the license. In addition, if you BAC is at or above a .200 you will have to serve a mandatory 10-day jail sentence if convicted.

While both tests provide evidence against a Defendant, which test should a suspect take? It is almost always better to take a blood test. In Colorado, law enforcement is required to take two vials of your blood – one for the Department of Health to test and one for you to submit to your own independent lab for testing. So you get a second opinion of the testing procedure, which you do not get with a breath test. Also, with a blood test, it takes several weeks for the results to come back giving you precious time to figure out how you are going to fight the loss of your license with the DMV.